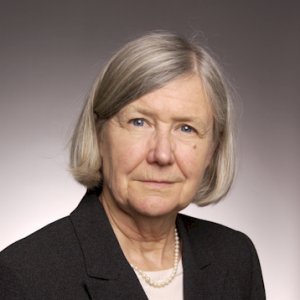 In February at the Federal Bar Council’s Winter Bar and Bench Conference in Costa Rica, Frank Wohl received the Whitney North Seymour Award for excellence in public service by a private practi­tioner. Frank, in his understated and unassuming way, explained how he started his first public service experience: He just had graduated from law school and was about to be drafted so he joined the Navy Judge Advocate General’s Corps. In his first post­ing as a JAG officer, Frank was counsel for servicemen who ap­peared before a physical evalu­ation board set up to determine whether a sailor or marine was fit for duty after an injury or the ex­tent to which that serviceman was disabled. Most of Frank’s clients were clearly unfit for duty, but one stood out.

A Marine Corps pilot named Ben had lost an eye while pilot­ing a helicopter during a me­divac mission. Ben wanted to challenge findings that he was unfit for duty despite the Marine Corps’ eyesight requirement. In addition, he wanted to continue to fly. The two marine officers on the reviewing board overruled the board chair’s denial of a hear­ing after Frank asked that Ben be allowed to testify as to why he was a better pilot with one eye than most other pilots with two.

In his testimony, Ben de­scribed his medivac mission in Vietnam and how they had come under fire as they were trying to load wounded Marines aboard the helicopter. Ben was hit in the face and he could not see through all the blood. His co-pilot was incapacitated, so Ben broke the glass on the gauges and flew the helicopter by feeling the needles. His wingman in another heli­copter talked him to a base and down to make the landing. Navy surgeons were able to save one of his eyes. The helicopter had taken over 500 hits.

The two Marine officers out­voted the chairman and found Ben fit for duty. The chairman told Frank the ruling would be reversed by a reviewing board. It was not. And when Frank Googled “one­eyed Marine Corps pilot” just before attending the Winter Meet­ing, he found that Ben Cascio had become a Marine Corps legend who had flown for the Marine Corps for one more year, retiring in 1969. For Frank, Ben’s story defines public service and the hu­manity the law is capable of.

The Rest of the Story…

Following Frank’s return from Costa Rica, he reached out to Ben Cascio. Here is the rest of the story from Frank:

In my speech at the Winter Bench and Bar, I talked about my most inspiring client, Ma­rine Corps Captain Ben Cas­cio, known in Marine Corps legend as The One-Eyed Ugly Angel because of his more than 850 combat missions in Vietnam, including his heli­copter medivac rescue of eight wounded Marines on the night of April 30, 1968, in which he lost an eye and piloted his heli­copter from a firefight to safe­ty while quite literally blind from having been shot in the face. It was my privilege as a Navy JAG officer to represent Ben before a Physical Evalua­tion Board, in 1969, after his recuperation from his wounds, and help him be found fit for duty so that he could stay in the Marine Corps.

After my speech, several Fed­eral Bar Council members sug­gested that I try to find out what happened to Ben, whom I had not seen or spoken to in 45 years. With the help of Google, I quickly located Ben and found that he is, of all things, a lawyer practicing real estate law in New Jersey.

Last month, Lisa and I had a delightful dinner with Ben and his wife, Ailene, and his Ford-ham Law School classmates and good friends Chief Judge Loretta Preska and Tom Kavaler. At the dinner, Ben presented me with a wonderful framed photograph of the World Trade Center taken two weeks before 9/11 from a restored Marine Corp 1951 L-17 propeller plane piloted by (who else?) Ben himself. Further research discloses that Ben’s Marine Corps exploits, for which he received the Silver Star and the Distinguished Flying Cross, have been featured in the book “The Magnificent Bastards” by Keith Nolan and the Discovery Channel documentary, “Marine Helicopter Heroes.” In 2000, he was inducted into the New Jersey Aviation Hall of Fame. Ben’s per­sonal résumé describes him as a “World Traveler, Bon Vivant, Ra­conteur, Master Gourmand, and Singer of Bawdy Songs.”