Reflections on Water­gate after 40 Years 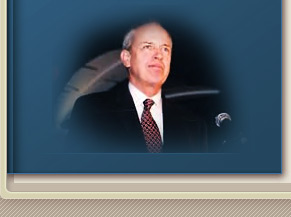 August will mark the 40th anniversary of the resignation of President Richard Nixon. For­mer Federal Bar Council Presi­dent Bernie Nussbaum told me recently that he will be hosting a reunion in August of the House Judiciary Watergate Committee legal staff headed by John Doar, where Bernie was a chief deputy and Hillary Clinton a young law school graduate recruit. For those of us with dim memories and for others who were not yet born:

On June 17, 1972, a scandal impacting the Nixon presidency began to unfold with the arrest of five men whom the Washington, D.C., police found burglarizing the Democratic National Com­mittee office in the Watergate apartment complex.

The scandal arose out of a background of “dirty tricks” em­anating out of the Nixon White House in the early 1970s. Rich­ard Nixon was old school in his partisanship – especially around elections, where winning at any cost was the first priority and punishing enemies was a close second. (Remarkably like how I experienced Brooklyn politics during the same time period.) In 1970, Tom Hudson, a young lawyer and junior member of the White House staff authored the “Hudson Plan.” The plan’s intent was to harness all of the various government intelligence agen­cies under one roof to carry out surveillance tactics such as open­ing mail, infiltration of activist groups, and burglaries to devel­op domestic intelligence, which would further Nixon’s political goals. The plan was “Nixon’s doing” according to CIA Direc­tor Richard Helms. Hudson had gained notice from Nixon when Hudson used the IRS to audit people on Nixon’s “enemies list.” The White House was deeply concerned with the activities of the Black Panthers, the Students for a Democratic Society, and other left leaning activist groups, a view that grew out of a 1950s Cold War mentality. The White House occupants and others be­lieved that the activist groups were inspired by foreign radical groups.

The plan, though instituted with Hudson as its director, died a quick death at the hands of FBI Director J. Edgar Hoover. He stated that he feared that expo­sure of any of the plan’s activities by the liberal press would place the White House on the defen­sive. Hoover, of course, already carried out the same type of ac­tivities and obviously wished to control the use of such illicit tactics without supervision by Hudson. However, the tactics were implemented by successor groups. One, the “Special Inves­tigative Unit,” became known as the “Plumbers,” since the ini­tial purpose was to plug leaks. The Committee to Re-Elect the President (“CREEP”) was an­other entity that engaged in such tactics. During this era of dirty tricks, several officials each drew up their own enemies lists. IRS audits were instigated or planned, for instance, for Washington law­yer Edward Bennett Williams, Democratic National Commit­tee Chair Larry O’Brien, and the Ford Foundation. The Plumb­ers compiled “dirt” on over 400 groups and 1,000 individuals.

After the five burglars were arrested on June 17, 1972, the police immediately brought in the FBI. The police had found commercial telephone bugging equipment in addition to lock picking instruments and Mace in the possession of the burglars and were concerned about possible violations of federal laws against intercepting telephone conver­sations. The FBI investigation revealed that one burglar, James McCord, was Chief of Security for CREEP and the four others were former CIA employees with a lot of cash in their hotel rooms. (Later investigation revealed that the burglary was financed with money from CREEP.) The FBI early learned that the break-in was being monitored from anoth­er hotel room by Howard Hunt and G. Gordon Liddy. Liddy was counsel to CREEP, which was headed by Attorney General John Mitchell. Hunt was a former long term CIA employee and a White House employee under presiden­tial aide Charles Colson.

Presidential Counsel John Dean learned within days of the burglars’ arrests that the Presi­dent’s chief of staff, H. R. Halde­man, had received logs of wire­taps of the Democratic National Committee. The presidency was, perhaps, in jeopardy but the odds were that the Watergate arrests would not ordinarily have re­sulted in any threat to the White House. Although there were in­criminating tapes, since Nixon recorded almost everything that occurred in the Oval Office, the existence of the tapes was known but to a few. A plethora of lawyers participated in or were knowledgeable about much of the relevant misconduct that had occurred prior to August 1973, yet none felt any ethical duty to come forward.

However, the presence of the FBI did bring concern to the President and senior White House staff members. Among Nixon’s almost immediate directives was to ask the head of the CIA to slow down the FBI investigation on grounds of purported national security concerns. At this stage in the course of events, the Wa­tergate arrests had just occurred but the “cover up” had already commenced. Thereafter, a series of highly unusual legal proceed­ings occurred during which many lawyers acted in questionable ways. The next part of this arti­cle will carry the Watergate story forward with the cover up and related legal proceedings as well as the congressional investigative activities.

A Talk with Ron Fierstein