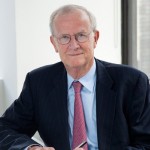 Mark your calendars and join in the celebration of the Federal Bar Foundation’s Golden Anniversary on October 2 at the historic Alexander Hamilton Custom House at 1 Bowling Green.  Guided Tours of the National Museum of the American Indian and of the Custom House Building will be available from 5:00 to 6:00 p.m., followed by a cocktail reception from 6:00 to 8:00 p.m.

This signal event will inaugurate the Federal Bar Council Thurgood Marshall Award for Exceptional Pro Bono Service, which will be presented to the first honoree, Alan E. Schoenfeld of WilmerHale.  It would be difficult to conceive of a more inspiring name for a pro bono award than that of Thurgood Marshall who, as a litigator, Second Circuit Judge, Solicitor General, and the first African-American Justice of the Supreme Court, championed civil rights and equality under the law for one and all.  The Federal Bar Council will make this significant award annually to those dedicated lawyers who best exemplify a commitment to pro bono legal services within the Second Circuit.  The Thurgood Marshall Award will focus primarily on young lawyers, such as Alan Schoenfeld, to give richly deserved recognition and encouragement for their dedication to pro bono services.

The Custom House presents a fascinating and inviting venue for our celebration.  The U.S. Customs Service, established in 1789, is the oldest federal agency.  On the site of the first Custom House, the Alexander Hamilton Custom House was built in 1900-1907 by the architect Cass Gilbert, who trained at MIT and McKim, Mead and White and who also designed the Woolworth Building and the U.S. Supreme Court.  This beaux arts building displays on its exterior monumental sculptures by Daniel French and in the rotunda murals by New York artist Reginald Marsh.  The National Museum of the American Indian is located on the first three floors and houses exhibits covering 12,000 years of history of indigenous cultures throughout the Americas.

Founded in 1964, the Federal Bar Foundation has established a 50-year record of achievement in serving the Second Circuit legal community’s bench, bar, and public.  Recently, the Foundation was proud to announce that it is funding the Federal Bar Council’s two-year fellowship for the Immigrant Justice Corps, supporting the country’s first fellowship dedicated to meeting the need for high quality legal assistance for immigrants seeking citizenship or fighting deportation.  The Foundation also continues to support the Public Service Committee’s Asylum Representation Program, which screens Immigration Court cases that have been identified as potentially meritorious cases for pro bono representation.  Of course, among other activities, the Foundation remains committed to supporting the CLE programs and conferences of the Federal Bar Council, the U.S. Attorney’s Office’s Student Internship Program, the Federal Courts Visits Program, and the publication early next year of the “Courthouses of the Second Circuit.”

The Foundation’s celebration of its Golden Anniversary promises to be an inspiring and collegial event, and we look forward to seeing you there.