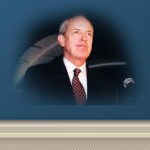 Immediately after the Watergate burglars were arrested and the D.C. police referred the matter to the FBI, the Justice Department became responsible with the FBI as its investigative arm.  The White House responded with a strategy of noncooperation, active obstruction, and outright lies to hamper the FBI’s investigations.  Nixon championed “stonewalling.”  The FBI reported to White House Counsel John Dean, who often sat in on FBI interviews of witnesses.  In interviews with officials from CREEP (the Committee to Reelect the President), its lawyers sat in.  Sixty interviews were conducted at CREEP by FBI investigators, who made assumptions that Attorney General Mitchell and other high officials would not stoop to lying.  Yet many of those interviewed had been counseled to lie.
As the result of the facts revealed in the senate committee’s and the special prosecutor’s investigations, it cannot be disputed that the following illegal activities were conducted out of the Nixon White House or by CREEP, often with the president’s active participation and at least with his acquiescence:

Dean has just published his third book, The Nixon Defense: What He Knew and When He Knew It, with a near complete transcription of the Watergate tapes, more than doubling the number of conversations previously transcribed.  On July 28 of this year, in reviewing Dean’s book and depicting the era, Times reporter Robert Dallek wrote that former President Ford and many commentators “… considered Watergate the worst threat to America’s democratic institutions since the Civil War.…” Dallek further wrote:

Watergate was an attempt to shape a presidential election by other than constitutional means, violating the most sacred of American institutions going back to the start of the Republic: the elevation of someone to the presidency by popular choice.

In his book, Dean quoted a Joseph Kraft column from the 1970s that had been published in the Washington Post: “The president and his campaign manager have set a tone that positively encourages dirty work by low-level operators” and Nixon had a “special tolerance” for “using unethical means for partisan purposes” and for bending “the law for political advantage.”

Dean was promoted from a deputy to Attorney General Mitchell to White House Counsel at age 31.  Dean drove a Porsche sports car and was a flashy dresser with Gucci loafers.  As counsel, Dean was asked to advise Nixon on personal matters such as estate planning and he performed conflicts of interest reviews of situations affecting White House staff members – for whom he also did immigration and divorce work.  Although he crossed the line to commit multiple felonious acts in being a loyal soldier to his commander-in-chief, Dean began to have questions about what was going on around him and reviewed the federal criminal code.

As early as April 8, 1973, less than seven months after Dean had assured President Nixon that nothing would come out to harm him before the ’72 election, Dean had retained a criminal lawyer and was meeting with prosecutors.  After the meetings, he testified before Wright Patman’s senate committee for seven hours wherein he described the roles of the various White House and CREEP officials in the Watergate cover-up and details of the incidents of misconduct.  For instance, he described cash payoffs to Watergate burglars to keep them quiet and gave detailed recitations of conferences at the White House in which President Nixon had participated.  As a team player, Dean was corrupted by the circumstances of the power of the White House.  As a witness, Dean was prodigious in his memory and precise in his recitation of detail.  Dean revealed that President Nixon had stated that a particular conversation was taped and urged the committee to obtain the tape if indeed such a tape existed.

The Tapes Are Revealed

But for Dean surmising at a senate hearing that conversations in the Oval Office might have been taped, the truth may never have been known and Nixon may have ridden out the controversy.  After Dean’s testimony, the senate staffers repeatedly asked interviewees about whether conversations were taped.  On July 13, 1973, Alexander Butterfield, a former aide of Chief of Staff H.R. Haldeman, confirmed the existence of the tapes.  Thereafter, the senate committee and Special Prosecutor Archibald Cox subpoenaed the tapes.  Although a court ruling by federal Judge John Sirica denied enforceability of the senate’s subpoena, Judge Sirica ordered the tapes produced to Cox – a ruling that was largely affirmed on appeal by the D.C. Court of Appeals.

President Nixon’s lawyer promised Judge Sirica that Nixon would follow the law as to any order regarding the tapes.  However, Nixon attempted to moot the court order to produce the tapes by having the special prosecutor fired.  In events thereafter depicted as the “Saturday night massacre,” Attorney General Richardson and his first deputy William Ruckelshaus resigned rather than carry out Nixon’s mandate to fire Cox.  Subsequently, Solicitor General Bork – third in line at the Justice Department – fired Cox.  Richardson and Ruckelshaus had urged Bork not to resign so as to give the Justice Department continuity of leadership in those difficult times.  Bork did fold the Special Prosecutor’s role into the Justice Department – but the Special Prosecutor’s staff and files stayed intact with the mission unimpeded.  Nixon, in thus seeking to shield the tapes from discovery, created a public relations nightmare and gained no ground.

The Truth Comes Out

The truth came out to prosecutors and Senate committee staff after Judge Sirica imposed long conditional sentences for Watergate burglars and others who ended up before him to coerce their cooperation.  John Doar’s detailed recitation to the members of the house Judiciary Committee of “statements of information” with citation to the relevant White House tapes led to three articles of impeachment adopted by a vote of 27-11. The president had no option to stay in office and was permitted to resign. He was pardoned by successor President Ford.  The house committee’s non-partisan vote and President Ford’s pardon helped avoid partisan turmoil.  The resignation led to general acceptance by the public of the process as a legitimate transfer of power from a president who had corrupted the office of president by his self-protective lies and illegitimate obstructions.

Bork apparently got a “bum rap” in being criticized for agreeing to dismiss Cox – since the prosecution was carried out without a hitch under Bork’s overall administration.  I give Bork an unequivocal pass.

Dean was a young man corrupted by the power of the president.  Probably there have been more than a few young associates who failed to stand up in less than ethical situations before them after being coerced by firm partners with substantially less power.  Dean has made it his life’s work to reveal as much as he can about what happened during his tenure as presidential counsel, has counseled stricter ethical standards for lawyers and has repeatedly attempted to proactively compensate for his misconduct.  I give him a conditional pass for utilizing his life to be a force for good after having paid his debt to society.

Whether Judge Sirica overstepped his constitutional bounds in coercing Watergate burglars and others to cooperate is a fair question for scholars.  Yet all judges are human beings, permitted to use their discretion in the circumstances of each case, with the remedy of appeal and impeachment available for overstepping. Judge Sirica exercised his discretion to discover the truth about circumstances of how presidential power was abused and corrupted to benefit the political ends of Nixon and his colleagues.  I give Judge Sirica a conditional pass for doing what he thought was right under the circumstances.  Presumably, if he had engaged in a pattern of repeated coercion in other matters as well, he would have experienced numerous reversals and sharp criticism by the D.C. Court of Appeals.

It is clear that ethical standards especially as to conflicts of interest have been clarified and strengthened after so many lawyers fell in line with President Nixon without seemingly being aware that their loyalty ran to the office of the president, not to President Nixon.  I find the question of whether more women in the White House would have made a difference unanswerable; many of the lawyers who have stood up on questions of torture, indefinite imprisonment in Guantanamo, or government “Big Brothers” activities have been women. The lack of women lawyers at the White House from 1972 to 1974 does not seem to be the crucial ingredient which, if it had been remedied, could have prevented Watergate.

U.S. vs. Nixon established the precedent that a president’s claim of confidentiality could be “constitutionally based.”  However, the Court found that where a claim of presidential privilege was based “solely on the broad, undifferentiated claim of public interest in the confidentiality of such conversations, a confrontation with other values arises.”  The Court found that separation of powers justified a “presumptive privilege” but a wholesale claim to privilege would “upset the constitutional balance” and “gravely impair” the independent role of the judiciary.  The Court cited to “rule of law” and “due process” concepts to conclude that “the generalized assertion for privilege must yield to the demonstrated, specific need for evidence in a pending criminal trial.”  The Court required the tapes to be produced for “in-camera inspection.”  The Nixon litigation resulted in an important constitutional precedent for the assertion of executive privilege by a president – but one that did not help that president.

Why Did Impeachment Force Nixon to Resign?

In the history of the United States, impeachment is not time honored, and there is very little precedent for this extreme remedy.  The proceedings against President Nixon were remarkably effective, with a 27-11 bipartisan vote in the Judiciary Committee recommending three articles of impeachment for adoption by the full house.  Perhaps the impeachment would never have been seriously considered had not Spiro Agnew been indicted for corruption and forced to resign on October 10, 1973.  Had Agnew been available to serve as president, presumably there would have been very little political appetite to pursue impeachment.

Once Dean hinted of tapes leading to the presence of tapes being revealed and the courts required the tapes to be produced, the evidence against Nixon became overwhelming.  The careful and non-inflammatory lawyering by John Doar and Special Counsels Archibald Cox and Leon Jaworski led to general bipartisan acceptance of the evidence.   Judge Sirica’s conditional sentences led to a parade of witnesses who made telling revelations of White House misconduct.  All of these circumstances together resulted in a perfect storm that made impeachment not only palatable but inevitable.  Nixon had no alternative but to resign and a precedent was set for some measureable limitation on the power of a president.  If not self-evident before, the president now is demonstrably not above the law.

The splendid bipartisan aura that led to a generally non-disruptive transfer of power from a corrupt sitting president may well be unmatched for decades.  Lawyers, judges, legislators, and journalists and all who participated are to be commended.