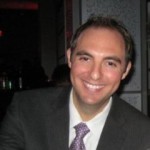 In Daimler AG v. Bauman, 571 U.S. ___ (2014), the Justices considered whether a court can exercise general jurisdiction over a foreign company, based on the fact that a subsidiary of the defendant parent company has ties to the forum state. In a unanimous decision, Justice Ginsburg held that due process requires more than simply a corporate presence in the forum state in order for general jurisdiction to be asserted.

The plaintiffs in Bauman were employees and relatives of employees who worked at a manufacturing plant in Argentina for a subsidiary of DaimlerChrysler, a German-based corporation. The plaintiffs filed suit in California against the parent company, alleging human-rights violations under the Torture Victims Protection Act of 1991. The district court dismissed the complaint, holding that Daimler did not have enough contacts within the state to warrant a California court exercising jurisdiction. The U.S. Court of Appeals for the Ninth Circuit reversed, holding that jurisdiction can be asserted over a multinational company, such as Daimler, that has business contacts in the state and the means to litigate in that location. Considering the absence of any California connection to the alleged violations, perpetrators, or victims at issue in the complaint, the Supreme Court held that “subjecting Daimler to the general jurisdiction of courts in California would not accord with the fair play and substantial justice due process demands.” (Internal quotations omitted).

Concerned with the impact this decision may have on state courts’ ability to exercise jurisdiction over foreign corporations, proposed legislation has been introduced in New York at the request of the Office of Court Administration that would amend the New York State Civil Practice Law & Rules (“CPLR”) and the Business Corporation Law (“BCL”), among others, to require foreign corporations doing business in New York to consent to general jurisdiction. For example, the Senate version of the bill, known as S.7078, and the Assembly version, known as A.9576, would amended Section 1301 of the BCL by adding the following paragraph:

The bill further states that  “[a]uthorized foreign corporations not wishing to continue their consent to jurisdiction may, of course, surrender their authority to do business in New York at any time.”

Senate 7078 made it out of the Senate Judiciary Committee but the legislative session came to a close before the bill was brought to the Senate floor for a vote. Senator John J. Bonacic, who introduced the bill in the Senate, plans to reintroduce it in the upcoming legislative session and push for its passage. If this legislation passes, it could have a large impact on federal litigation and attorneys who counsel corporations are taking notice.

Robert T. Szyba of Seyfarth Shaw LLP, who regularly defends employers in employment litigation venued in New York courts, observes that, “Essentially, foreign corporations will be consenting to jurisdiction in New York for cases otherwise having little or no connection to the forum, since under current law New York would already have jurisdiction in cases having the requisite connection. This exposes these corporations to suit in New York in cases where the facts might be far removed from New York, and exposes New York courts to disputes under foreign laws.”

If this bill becomes law, a question remains as to whether it can withstand a constitutional challenge in light of the due process considerations raised in Bauman. However, if it passes and survives a challenge, the full impact of this legislation on foreign corporations and New York courts remains a wide-open question.

The Answer to Gun Control