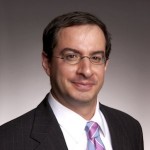 In 2002, recognizing that addicts face a greater likelihood of recidivism because of their addiction, Senior Judge Charles P. Sifton in conjunction with the Eastern District of New York’s probation department, developed the Supervision Treatment and Re-entry (“STAR”) Program, a post-sentence judge-supervised program to offer offenders with addiction more assistance, stricter accountability and greater rewards for completing their supervision.  The goal of the STAR Program is to help offenders with drug and/or alcohol addiction to successfully complete supervision, maintain sobriety, and learn the skills to become productive members of society.  Although states have experimented with so-called “drug courts” since the early 1990s, the STAR Program was the first program like it in federal courts and has since been replicated around the country.

Participants in STAR are offenders whose criminal behavior is a result of addiction.  Not all participants have committed drug offenses, but their crimes must be intertwined with their addiction, such as committing crimes to support their habit.   The participants are either on supervised release after finishing their sentences or have been allowed into the program as an alternative to imprisonment.  While the program was initially aimed at first time offenders, it was expanded to include repeat offenders. Similarly, the program has expanded to offer counseling and treatment for participants with non-severe mental health issues.  Sex offenders and those who have committed violent acts are precluded.

Potential participants may be identified by the Bureau of Prisons, the Department of Probation, their lawyers, or the judge who is handling their case.  Judge Irizarry asks her colleagues to refer potential candidates to her, and will read the presentencing report of those referred and talk to the assigned judge about the candidate.  Candidates are ultimately interviewed by Probation which drafts a report.   Senior U.S. Probation Officer Christopher Wodzinski of the U.S. Probation Department in the Eastern District of New York and Judge Irizarry determine who will be admitted.  Suitable candidates are those who seem capable of complying with treatment to overcome the drug and/or alcohol use that is at the root of their criminal behavior and thereby avoid becoming recidivists.

Once a candidate is deemed to be a good fit for the program, it is entirely up to the candidate whether or not to join.  If the candidate wants to enter the program, he or she must sign a contract.  This contract indicates that the STAR Program imposes more terms and conditions than standard supervised release, though these terms are individualized.  For example, a participant may be required to get a GED, or if the candidate already has a GED, to get vocational training or go to college.  The participant is likely to be obligated to attend drug treatment and some candidates may also receive psychological counseling.   The program has partnered with counseling providers such as Daytop Village, which offers Saturday group sessions and therapists for both individual and group counseling.  The group dynamic is often critical to participants who may not have a support network.

Whether due to the terms of their release or as a result of subsequent infractions, the participant may be subject to a curfew, home confinement, or even electronic monitoring.  Generally, participants face a series of graduated sanctions depending on the particular lapse. If a participant fails too many drug tests, he or she may have to obtain additional drug counseling and if that fails, enter residential drug treatment.  The participant’s contract provides that violations of the requirements of the program can lead to an increased term of supervision.  On the other hand, should the participants complete the requirements of the program and maintain their sobriety, they can get off of supervised release early.

Since the STAR Program requires the participants to have some sort of stable housing, a participant may have to stay in a halfway house if he or she has nowhere else to go.  Participants have to be employed unless excused for some reason such as health issues or intensive schooling, in which case they may have to do community service.  If a participant has outstanding debts, such as state court fines, or family court arrears, the participant has to try to pay these off.  Finally probation helps participants apply for relief of civil disability, to take away restrictions of felony convictions.

In terms of staffing, Judge Irizarry noted that a key component is the participation of Probation Services.  Like Judge Irizarry, probation officers work on the STAR Program in addition to their regular case load.  The probation officers may need to be available around the clock to speak with and perhaps visit with participants who need assistance.

Both Judge Irizarry and Probation Officer Wodzinski noted that is often difficult for participants to initially meet the requirements of the program.  Participants have often used drugs and alcohol since an early age, may never have had steady employment, and may have received little education.  Based on their life histories, participants may have little hope for the future and be at a low point in their lives when released.  Once in the program, the participants have to start getting up early in the morning to follow their customized daily schedule of work, education and counseling, which can prove challenging.  Officer Wodzinski said that he often gives new participants a date book to help them focus on meeting their schedules.

The STAR Program moves away from the standard way supervised release is handled, in which Probation handles the supervision and the judge only becomes involved when there is a problem such as violation of supervised release.   Instead, there are monthly court meetings before Judge Irizarry.  Those in the program are called “participants” not defendants, and they sit in the jury box until called.  For each participant, Officer Wodzinski gives an initial report as to what the participants have been doing and whether they are experiencing any difficulties.  When their case is on, participants sit in a chair facing the judge and have an opportunity to speak directly to the judge if they wish.  Several lawyers from the firm of Gibson Dunn were present, who provide pro bono legal assistance in housing, immigration and family court.

During the hearing I attended in which 11 participants were present, it was inspiring to see how probation and the Federal Defenders Office, which in other contexts may be antagonistic, attempt to work together for the benefit of the participants.  Officer Wodzinski and Federal Defender Len Kamdang, who represented the participants, emphasized how important a role Judge Irizarry played in the program. For many participants, she is the first authority figure who cares for them and believes in them, while reminding them, if necessary, that their behavior has consequences.

This caring attitude was evident during the hearing, as Judge Irizarry showed familiarity with each participant and skillfully gave the participants the proper mix of praise for what they did well, encouragement in facing obstacles, and reprimands if they did not live up to their requirements.  For example, Judge Irizarry offered encouragement to a participant who had failed her GED exam and asked that she not be too hard on herself but instead try again after taking tutoring.  Judge Irizarry showed that she understands addiction both on a general level and in terms of the individual challenges it poses, and the participants seemed to recognize and appreciate her insight.  It was also clear that the Court, Probation, and the Federal Defenders were all working together on behalf of the participants and trying to give them the tools they need to better themselves.

In the most difficult case during the hearing, Officer Wodzinski began by reporting that the participant was having difficulty maintaining sobriety, and was depressed but was failing to attend the counseling sessions that could help him.  Officer Wodzinski expressed concern about the participant and stated that if there was continued noncompliance, he would have to ask that the participant be remanded to custody.  Mr. Kamdang then noted that he had constant contact with the participant who he believed had not given up on either himself or the program and will do better if allowed to continue in the program.  Judge Irizarry then addressed the participant directly by first noting that she was disappointed in his behavior.  She told the participant that he had to show up at a half-way house the next morning or else she would issue a warrant for his arrest, which she stated that she did not want to do.  Judge Irizarry then spoke compassionately about how everyone present believed in the participant. While they were trying to help him, she noted, he needed to take responsibility as well. She expressed her hope that he would not force her hand.

If participants do 12 months in the STAR Program, are fully compliant with their obligations, including remaining sober for that period, they can graduate from the program and have their supervised release terminated.  The program has a graduation ceremony, in which Mr. Wodzinski reviews each graduate’s accomplishments and reports what they are up to.  Those working in the program told me that they can see the end results in terms of how the participants have pride in themselves and what they accomplished, whether it is schooling, employment and/or reuniting with family members.  Graduates from the program often seek to “pay it back” by offering support to those in the program by, for example, helping them find jobs.

While the program appears to be a success in reducing recidivism and helping participants turn their lives around, it is struggling to maintain funding.  For example, the program lost Second Chance Act funding, which paid for vocational training programs.  Probation confirms that STAR has reduced recidivism and saves money in terms of incarceration costs and supervision by Probation.  Judge Irizarry has conservatively estimated that since its inception, the STAR court has saved $1,302,608.98 in incarceration costs.