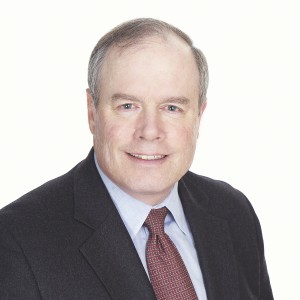 I used to think that if I was anywhere in the world and the bad guys were trying to harm me, the U.S. Cavalry would come to the rescue.  The events in the Middle East have caused me to doubt that proposition.   For a period of time, ISIS appeared to be able to act with impunity.  The U.S. and a coalition of other countries have begun to fight back, but questions have been raised about the legality of that operation.   I decided to do some research in an effort to figure out what’s going on.

The problem stems from Article 2 of the United Nations Charter, to which the U.S. is a signatory.  Article 2 recognizes the “territorial integrity” and “political independence” of each member state and states that “[n]othing contained in the present Charter shall authorize the United Nations to intervene in matters which are essentially within the domestic jurisdiction of any state or shall require the Members to submit such matters to settlement under the present Charter….”  This means that, absent special circumstances, the U.S. cannot simply send armed forces into a foreign country to keep its citizens out of harm’s way.

There are two major exceptions, however.  Article 42 of the Charter gives the Security Council the authority to take military action “as may be necessary to maintain or restore international peace and security.”   Article 51 of the Charter also recognizes that there is an “inherent right of individual or collective self-defense if an armed attack occurs against a Member of the United Nations….”

A Security Council resolution appears to be out of the question because Russia does not want a U.N.-authorized military force to be roaming around Syria, possibly creating an advantage to the protagonists in that country’s civil war.  As one of the five permanent members of the Security Council, Russia has veto power over everything the Security Council does.   Russia is also undoubtedly concerned that it would be difficult to argue that dispatching a U.N. force to Ukraine would be inappropriate if a similar force is operating in Syria.

Self-defense has also been viewed as an inadequate rationale for permitting unilateral action by the U.S. in Syria.   As brutal as ISIS has been, it is not seen as a threat to the U.S. domestically.  The US is not under attack.

Of course, one nation can invite another nation to engage in military action within its borders.   This is what Iraq has done in an action that has been characterized as “collective self-defense,” but this does not give the U.S. the right to bomb ISIS in Syria – or so the pundits say.  Secretary of State Kerry has ruled out asking Syria for permission to take action against ISIS within Syria’s borders because that would constitute a degree of cooperation that is inconsistent with this country’s opposition to the Assad regime.

In any system in which rules have been adopted to govern conduct, it is almost inevitable that a common law will develop to fill in the interstices.  In this area, many countries have embraced a concept “Responsibility to Protect” or “R2P.”  R2P arose out of the conflicts in Kurdistan, Kosovo, and Libya and has been recognized by the U.N. Office of the Special Adviser on the Prevention of Genocide.  R2P is based on the following syllogism:

•    states are responsible for protecting populations from genocide, war crimes, and crimes against humanity;
•    the international community has a responsibility to encourage and assist states in fulfilling this responsibility; and
•    if a state is “unwilling or unable” to protect its population from genocide, war crimes, or crimes against humanity, the international community should take collective action to protect them.

This is the approach that the United States took – at least in part – in a letter from U.S. Ambassador Samantha Power to the Secretary General of the U.N. dated September 23, 2014.   In that letter, Ambassador Power pulled out all the stops.  First, she stated that the government of Iraq has asked the U.S. to lead international efforts to strike ISIS in Syria “in order to end the continuing attacks on Iraq.”  Then, she cited the principle of “collective self-defense” to justify the U.S.’s actions.   Finally, she noted that Syria has demonstrated that it was “unwilling or unable” to prevent such attacks.

In an interesting postscript, Ambassador Power stated that the U.S. had initiated necessary and proportionate military action to eliminate the ongoing ISIS “threat to Iraq.” She also noted that the U.S. had initiated military action in Syria against an al-Qaida group to address “terrorist threats” that they posed to the U.S.  The distinction between ISIS threats to Iraq and al-Qaida threats to the U.S. may be quite deliberate.  In addition to legality under international law, the President needs authorization from Congress to take military action against ISIS.  President Bush obtained authorization for the war in Iraq in a joint resolution of Congress in October 2002.   He previously had obtained authority to use military force against al-Qaida in September 2001 following 9/11. The Obama Administration has suggested that both resolutions provide authority for bombing ISIS in Syria, but there is some doubt about that.   In his State of the Union speech, President Obama departed from his prepared script, which suggested that Congress should show support for the ISIS campaign by passing an authorization resolution, and said “we need that authority.”  As of this writing, he has not obtained that authority, but the attacks on ISIS in Syria continue unabated.

Congress has made no effort to stop the ISIS campaign, authority or no authority.   Nor has any country seriously suggested that it is a violation of international law.  Even Syria has remained mute, suggesting that – even if it is a technical violation of the U.N. Charter – Syria has waived it.   The waiver theory also has been used by some to justify the use of drones in countries such as Pakistan.   For political cover, Pakistan takes the position that drone attacks within its territory are not authorized, yet it does nothing to stop them.  The legal authority for the drone attacks, as well as the bombing of ISIS in Syria, may be based on the doctrine of waiver.

I’m not sure where this leaves me if I need the Cavalry to rescue me in a foreign land.   Perhaps the inherent right of self-defense should be construed to include the right to protect U.S. citizens anywhere in the world.  This was the justification given for the Israeli rescue mission at Entebbe.  Notwithstanding its success, a number of people condemned that action as a violation of international law.  Israel did not suffer any adverse consequences, however, and there is little doubt that Israel would do the same thing if confronted with that situation again.  I suspect that the U.S. would do the same thing as well.

Some might be concerned that such a broad reading of the right of self-defense might be used by Russia to justify its actions in Ukraine.   But the risk that someone might use an argument in bad faith does not make the argument less compelling or persuasive.   If the U.S. puts the world on notice that it reserves the right to use military force to protect U.S. citizens from danger anywhere, such situations may be less likely to occur in the future.