Pauli Murray:  Fighting for Her Rights 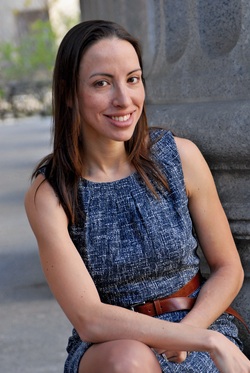 Everyone goes to law school for a reason. Some seek wealth and prestige. Others look to law as a way to serve their civic duty. And there are still others, like Pauli Murray, who are driven to the law to battle injustices experienced first-hand. Growing up in Durham, North Carolina, during the 1910s and 20s, Murray attended segregated schools and understood what race discrimination was from a young age. She also understood that she needed to do something about it.

After earning a bachelor’s degree at Hunter College, Murray briefly worked as a teacher in New York. Although she felt pressure to return to her family, Murray resisted leaving Manhattan because of her “increasing inability to endure the system of segregation,” especially when it came to public transportation. “The bus,” she explained, “was the quintessence of the segregation evil, because … [t]he intimacy of the bus interior permitted the public humiliation of black people to be carried out in the presence of privileged white spectators, who witnessed our shame in silence and indifference.” However, Murray’s sense of obligation to challenge the system she so despised prompted her to apply to the graduate program at the University of North Carolina at Chapel Hill – a school considered to be “liberal” – to study sociology and race relations. She was rejected – “members of your race are not admitted to the University,” the letter stated. Furious, Murray wrote letters to the university administrators, President Franklin D. Roosevelt and Mrs. Roosevelt, and the NAACP. Her correspondence to the NAACP was referred to then-assistant special counsel, Thurgood Marshall, who took an active interest in Murray’s plight. Murray had also attracted the attention of Eleanor Roosevelt, who responded to Murray’s passionate letter; the two became lifelong friends. The university was unyielding.

Murray’s rejection from the University of North Carolina only fueled her desire to change racially discriminatory policies. After being arrested and jailed in 1940 for refusing to sit in the back of a segregated bus, Murray became involved in the Workers’ Defense League (which paid a fine to obtain her release from prison). One of Murray’s first assignments was to raise funds for the defense of Odell Waller, an African-American who had been arrested after he shot and killed his white landlord, Oscar Davis. Murray learned that Davis had taken Waller’s share of the wheat crop they had jointly planted, and the shooting occurred when Waller approached Davis – who was known to carry a gun – to ask for his portion of the wheat crop (which was one bag of wheat for every three going to Davis). According to Waller, Davis refused to give him any wheat, and “r[an] his hand in his pocket like he was going to pull out something,” which prompted Waller to reach for his pistol and shoot Davis, believing Davis was about to shoot him.

Waller’s attorney moved to dismiss the indictment on the ground that the grand jury had been selected from a list composed exclusively of poll tax payers, in violation of Waller’s constitutional right to stand trial before a jury of his peers. The motion was denied. Waller was tried by an all-white jury of 10 farmers, one businessman, and one carpenter. Within two weeks, Waller was indicted, tried, convicted of first-degree intentional murder, and sentenced to death.


Murray worked to raise awareness of Waller’s case and money to appeal his conviction, with the goal of having Waller’s sentence reduced to life imprisonment. Murray visited Waller as he sat on death row, and after speaking with him, Murray felt certain that Waller formed no intent to kill Davis; he had a split-second reaction to a threatening movement by an angry man who was known to carry a weapon. Believing Waller was guilty of manslaughter, not firstdegree murder, Murray tirelessly campaigned on Waller’s behalf—traveling through countless states—and secured more than $3,000 in donations. At one of Murray’s speeches, Dr. Leon Ransom, of Howard Law School, and Thurgood Marshall, of the NAACP, were among those in the audience. Dr. Ransom, a recruiter for Howard, was so impressed that he encouraged Murray to apply to law school.

Murray watched as Waller’s conviction was affirmed on appeal, his collateral challenges were denied, and the Governor of Virginia refused to commute his sentence. On July 2, 1942, Waller was executed. Believing Waller’s execution was fueled by race rather than reason, Murray applied to Howard Law School “with the single-minded intention of destroying Jim Crow.”

In the 1940s, attending law school was something men did. Murray was one of two women in her entire law school class (until the other woman dropped out). Believing race discrimination was her chief enemy, Murray was surprised when one of her professors stated “in his opening remarks that he really didn’t know why women came to law school, but that since we were there the men would have to put up with us.” To Murray’s horror, the classroom erupted with laughter. And thus Murray discovered “the twin evil of discriminatory sex bias,” which she dubbed “Jane Crow.” Upon graduating, Murray noted that she had “entered law school preoccupied with the racial struggle and [was] single-mindedly bent upon becoming a civil rights attorney, but [she] graduated an unabashed feminist as well.”
This spirit was only strengthened when, in 1944, Murray decided to apply for the Rosenwald Fellowship to fund her anticipated studies at Harvard Law School. To her delight, Murray was selected for the fellowship, but when she applied for admission to Harvard Law School, she was rejected because she was “‘not of the sex entitled to be admitted to Harvard Law School.’” Murray fought Harvard’s policy “by typewriter,” noting in her letters that “[w]omen are practicing before the Supreme Court, they have become judges and good lawyers, [and] they are represented on the President’s Cabinet.” Murray sent a copy of her letter to Eleanor Roosevelt and was amazed to learn that President Roosevelt was moved to write the president of Harvard University on Murray’s behalf. Unfortunately, Murray learned that it would “take more than one of [Harvard’s] most illustrious graduates to overturn a three hundred-year tradition of male exclusiveness.”
Practicing in New York and  Beyond

Once Murray began to practice, she found that there were few job opportunities for an African-American woman in the 1940s in the field of law. After clerking – a position described by Murray as the lowliest in the profession – in two small law firms, Murray decided to open her own firm. Perhaps the most gratifying work she encountered in her solo practice was a research project for the Women’s Division of the Methodist Church, which asked Murray to write a report on race laws in the United States. The final product became Murray’s first published book, State’s Laws on Race and Color.

In the 1950s, Murray joined Paul, Weiss, Rifkind, Wharton & Garrison, but, after two women left the firm, she became the “solitary female on the legal staff in the New York office.” A sense of alienation weighed heavily on Murray, for she “was neither ‘my girl’ – a condescending reference to a female secretary – nor fully accepted as ‘one of the boys.’” As she worked with different associates and partners, Murray made a name for herself and earned the respect of her coworkers. In time, Murray felt accepted amongst the attorneys at the firm, and when she left Paul Weiss, she was grateful for “having been tested by the most exacting standards of the legal profession.” Murray went on to teach law at the Ghana Law School, in Accra, Africa, and later Brandeis University.

Over the years, Murray never forgot why she went to law school: to bring change to the world. And, although she did not always meet success when or how she had hoped, change did come. Despite Murray’s rejection from the University of North Carolina based on her race, the university admitted its first African-American student in 1951. Although she was rejected based on her sex, Harvard Law School began to accept women in 1947. In 1954, Thurgood Marshall and other counsel for the NAACP successfully argued in Brown v. Board of Education, 347 U.S. 483 (1954), that “separate but equal” was inherently unequal (it is said that part of the NAACP’s brief was based on a piece that Murray had written on why Plessy v. Ferguson, 163 U.S. 537 (1896), should be overturned). And, in 1966, the Supreme Court, in Harper v. Virginia Board of Elections, 383 U.S. 663 (1966), held that a state could not condition the right to vote on the payment of a poll tax. Murray stated that, with Harper, “[t]hose who remembered Odell Waller felt that his cause had at last been vindicated.”

Author’s Note: Works consulted for this article include Pauli Murray: The Autobiography of a Black Activist, Feminist, Lawyer, Priest, and Poet (previously published under the title Song in a Weary Throat) and The New York Times.

Editor’s Note: This article originally was published in the March/April/May 2013 issue of the Federal Bar Council Quarterly.