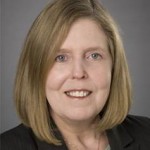 In addition to the wonderful conviviality, drinks, and sumptuous hors d’oeuvres (and, one hopes, a wonderful summer outdoor evening), this year we will be awarding the Thurgood Marshall Award to two people whose pro bono work the Council is proud to recognize.  The Federal Bar Council received over a dozen nominations for the Thurgood Marshall Award and any one of the nominees would have been a wonderful awardee.  The two recipients of the award will be recognized at the June 25 event.  The courts and agencies in the Second Circuit are truly fortunate in having such a wealth of talent devoted to public service.
Matthew Benjamin

The first awardee is Matthew Benjamin, a 2006 graduate from New York University School of Law and a litigation associate at Gibson, Dunn & Crutcher.  He was nominated for the Thurgood Marshall Award by the Honorable Dora L. Irizarry and also recommended by the Honorable John Gleeson and an Eastern District of New York senior probation officer for his efforts in connection with the provision of pro bono legal services to participants in the Alternative to Incarceration and post-conviction drug re-entry program of the U.S. District Court for the Eastern District of New York.  Because of his interest in sentencing and alternatives to incarceration, he was drawn to learn more about the Eastern District’s program.  Once he did, he began to volunteer to provide civil pro bono services to the participants in the program and he soon persuaded his colleagues at Gibson Dunn to volunteer as well.  By all accounts, he has played an integral role in the success of the Eastern District’s programs, which help defendants turn their lives around.

The second award is being given posthumously to Steven J. Kolleeny, who was special counsel at Skadden, Arps, Slate, Meagher & Flom.  Mr. Kolleeny headed Skadden’s Asylum Program for over 25 years.  He personally represented 30 to 40 people and supervised about 300 cases taken on by other Skadden attorneys.  Mr. Kolleeny, with assistance from the pro bono organizations he worked with, established himself as Skadden’s in-house expert on Asylum, which meant he vetted and supervised cases and empowered Skadden’s Asylum Program.  This has become a model for our law firm asylum projects.

I encourage all of you to join us on June 25 for a great party with the First Decade Committee and to join us in honoring these two pro bono leaders.  For more information and to register, go to: http://www.federalbarcouncil.org/vg/core/events/eventdetails.aspx?meeting=HH15.