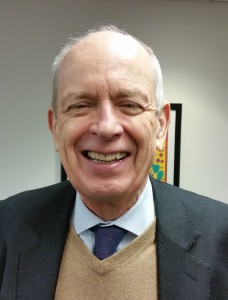 In June, I was a volunteer lawyer at the federal detention center in Dilley, Texas.  I worked with immigrant women and children coming from El Salvador, Guatemala, or Honduras who had crossed the Rio Grande.  According to the clients I interviewed or represented, daily life in those countries is ruled by criminal gangs who threaten and then commit murder and rape to back up their extortion and recruitment efforts.  Detainees often had come to the attention of the local gang members for having a relative in the U.S. who was capable of sending funds to pay the extorted amounts.  Most detainees I spoke with were under a specific threat of murder.

With the extraordinary capacities of the two administrators, only one of whom was a lawyer, and with only volunteers — most available for only a week — the Dilley office effectively represented hundreds of detainees, mostly in asylum interviews or hearings or in bail applications.  With a positive finding of “credible fear” by an asylum officer, a detainee had a significantly increased chance for a favorable bail hearing.  Out on bail, the immigrant had a substantially increased chance to retain effective counsel for a court hearing on an asylum application.  Most of the detainees’ stories were so dire that they fit the legal standard for being granted asylum in the U.S. (which could then become a path to citizenship) by proving that they had a credible fear of torture or persecution.

Dilley, Texas, with a population of about 3,400, is located midway between (and a long way from) Austin and Laredo, Texas.  This summer, the population of the detention center exceeded 2,000 mothers and children.  Mayra’s story was typical of the clients I interviewed or represented in hearings.

She with her twin sons (13 years of age) left El Salvador after gang members threatened to kill one of her sons if one did not agree to serve as spy for a gang to report on anyone other than the gang members selling drugs in the community.  After each son refused to join, a gang member came by Mayra’s home to tell her that she had to pay the gang because her sons had refused to join.  If she did not pay, they would first kill one of her sons and then her.  When she went to the police, she was told not to make a formal report.  If she did, members of her family would probably be hurt or worse.  Although she owned her own home and was self-sufficient, she felt she had no choice but to pay a “coyote” to get them across the border to the U.S.

When I was in Texas in June, everyone was “waiting for Flores.”  It was a federal case in California where the government’s detention of mothers and their children was under legal attack for violating the terms of a 2009 settlement mandating that children be detained under sanitary conditions.  On July 27, Central District of California Judge Dolly M. Gee found that detaining minors was illegal and ordered the minors and accompanying mothers to be released.  Since that decision, the agencies, the courts, and the lawyers have been concerned with the unwinding of detention.  Apparently no one believes that the ruling will be overturned.  Although the detainees will not be free to stay in the U.S. indefinitely, it appears that they will have a decent opportunity to remain here long enough to obtain lawyers and pursue their remedies for asylum.  One cannot help but wonder about what is going to happen short term and long term to those three troubled countries just to the south of the U.S. where gangs rule the countryside and so many of those who live there will continue to have to flee or die. 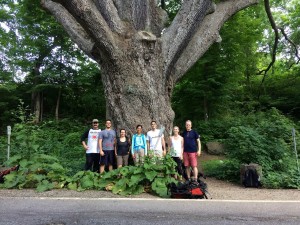