Fall Events at the Council 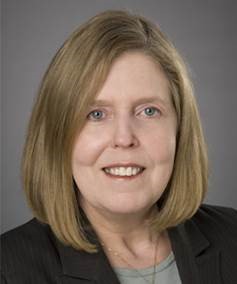 As the summer draws to a close and fall arrives, I feel the anticipation of another school year commencing — even though my school days are long over.  This sense of anticipation is enhanced by the wonderful events coming up at the Federal Bar Council this fall.

First, on October 20, the Federal Bar Council is sponsoring a poetry reading and reception at Poets House, 10 River Terrace, Battery Park City (two blocks south of Chambers Street on the Hudson River), that will highlight four judges reading poetry:  Second Circuit Judge Dennis Jacobs, Eastern District Judge William F. Kuntz, Second Circuit Judge Gerard E. Lynch, and Southern District Judge Colleen McMahon.  This is a free event at a beautiful but small venue, which I think you will be happy to learn more about.  Space is very limited so RSVP early.  (Judge Jacobs suggests you stop by and see the nearby Irish Hunger Memorial, if you have time.) Learn more: http://bit.ly/1h9rHmC.

•    Federal Rules Challenge
•    Data Breach: Now What Do You Do?
•    Cops, Grand Juries, and the Media: Business as Usual or an Explosive Mixture?
•    In-House Privilege for Law Firms: Should It Exist? And How Can You Protect It?
•    Navigating International Waters: Cross-Border and Multi-Jurisdictional
Investigations
•    Magna Carta

On October 28, there will be a reception for the launch of the publication of Courthouses of the Second Circuit — Their Architecture, History, and Stories.  This wonderful book, which has been in the works for several years, will be provided free of charge to Council Members in good standing as a special member benefit.  Judge P. Kevin Castel proposed the idea and the Second Circuit Courts Committee, Editors Patricia A. McGovern and Michael P. Zweig, Associate Editor Marjorie Press Lindblom, Circuit Executive Karen Milton and her staff, and over 20 contributing writers have brought it to fruition.  We will celebrate the launch of the book with a reception at the Thurgood Marshall Courthouse on October 28 from 6:00 p.m. to 8:00 p.m.  Invitations will go out in early September.

Our 54th annual Thanksgiving Luncheon will be held on Wednesday, November 25, at the Waldorf.  This year the Federal Bar Council is presenting two Emory Buckner Medals for Outstanding Public Service jointly to Chief Judge Carol Amon of the Eastern District of New York and Chief Judge Loretta Preska of the Southern District of New York.   The annual Thanksgiving luncheon is the Council’s signature, best-attended event and this year should be especially collegial. Learn more: http://bit.ly/1Tm0deU.

It is not too soon to sign up to join us at the Winter Bench and Bar Retreat to be held at the Four Seasons Resort Hualalai in Kona, Hawaii, from January 30 to February 6, 2016.  Click here for more information: http://bit.ly/1J963tq.
Pro Bono

Our Public Service Committee continues to identify many pro bono cases that need placement, but none more than immigration.  Asylum seekers face torture and, often, death in their home countries.  As the U.S. government works to move their cases through removal (deportation) proceedings, the asylum seekers desperately need the help of pro bono counsel.  The Federal Bar Council Asylum Representation Project was created through the efforts of Second Circuit Chief Judge Katzmann and his Study Group on Immigrant Representation to increase the quality of representation to asylum seekers.  But the current need is immense, as New York remains home to hundreds of unrepresented asylum seekers who are urgently in need of pro bono lawyers.  For more information about available pro bono asylum cases, contact Gina DelChiaro at delchiarog@humanrightsfirst.org.

I hope to see many of you at a Federal Bar Council event this fall!