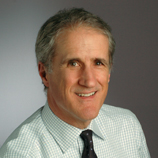 The Second Circuit’s recent decision in Berman v. Neo@olgilvy LLC addresses whether the Dodd-Frank Act’s definition of a “whistleblower” limits the retaliation remedies available under that Act. In a 2-1 decision, the court held that it must defer to the interpretation of the statute offered by the Securities and Exchange Commission, which does not so limit the remedies.  The decision creates a circuit split, as the Fifth Circuit concluded that the “whistleblower” definition in Dodd-Frank does restrict the retaliation protections available.

By way of background, Dodd-Frank protects “whistleblowers” from retaliation. “Whistleblowers” are defined as individuals who provide to the S.E.C. information relating to violations of the securities laws.  A whistleblower’s protection against retaliation is provided in a separate provision of Dodd-Frank. That separate provision prohibits any retaliation not only for providing information to the S.E.C. (as contemplated in the definitional section) but also for making disclosures required or protected under the Sarbanes-Oxley Act.  Sarbanes-Oxley in turn protects employees who blow the whistle either internally or to regulators such as the S.E.C.

In the case at hand, plaintiff Berman sued his employer under Dodd-Frank, alleging that he was wrongfully discharged for whistleblowing.  His whistleblowing occurred when he reported internally that there were fraudulent accounting practices occurring at the company.  He did not report these practices to the S.E.C. until after he was fired.

Berman’s employer moved to dismiss, arguing that he had not stated a claim for relief under Dodd-Frank. Specifically, the company relied on the definitional section in Dodd-Frank and argued that Berman was not a “whistleblower” because his whistleblowing was internal; he did not provide information to the S.E.C.  Berman responded by relying on the separate provision of Dodd-Frank that protects against retaliation.  He argued that, under this section, he could not be terminated for making disclosures under Sarbanes-Oxley, which in turn protects employees like him who provide information internally at the Company.

The district court granted the motion to dismiss the Dodd-Frank claims. The Second Circuit reversed and remanded, in a decision by Judge Jon O. Newman, joined by Judge Guido Calabresi. The court noted that there was no “absolute conflict” in Dodd-Frank between its definition of  a whistleblower (i.e., those who report to the S.E.C.) and the separate section prohibiting retaliation against whistleblowing (i.e., any reporting to the S.E.C. or internally at the company). An employee who suffers retaliation after simultaneously reporting wrongdoing both to the S.E.C. and within the company internally has remedies under both Dodd-Frank and Sarbanes-Oxley. However, the court also determined that there was “significant tension” between the whistleblower definition on the one hand, and the separate provision prohibiting retaliation against whistleblowing on the other, both within the same Dodd-Frank statute. In the court’s words, they “do not fit together neatly.”

In reviewing that tension, the Second Circuit reasoned that limiting Dodd-Frank’s remedies only to whistleblowers who reported wrongdoing to the S.E.C. would leave the Dodd-Frank’s provision prohibiting retaliation with “very limited scope.” Thus, it looked at whether Congress intended to achieve such a result. Finding nothing in the legislative history, the court considered the S.E.C.’s interpretation of this tension. Specifically, the S.E.C.’s Exchange Act Rule 21F-2 provides that even if employees only report wrongdoing internally, they can obtain the retaliation remedies under Dodd-Frank, based on the retaliation protection provision in that statute. The Second Circuit concluded that, under the circumstances outlined above, it was obliged to give deference to the S.E.C..’s interpretation under the Supreme Court’s Chevron doctrine. Plaintiff Berman was found to be entitled to pursue his Dodd-Frank remedies for alleged retaliation as a result.

Judge Dennis Jacobs dissented, pointing out that plaintiff Berman had statutory remedies under Sarbanes-Oxley for any retaliation that occurred as a result of his internal reporting, and that any lack of remedies under Dodd-Frank for retaliation did not need “patching.”  In Judge Jacob’s view, the Dodd-Frank section unambiguously defined a whistleblower, and expressly stated that this definition “shall apply” anywhere else “in this section.”  This “section” included the separate Dodd-Frank provision protecting against retaliation. As a result, Judge Jacobs saw no reason to defer to the S.E.C.’s interpretation in its Rule 21F-2.  The fact that the Dodd-Frank provision protecting against retaliation might be “limited in scope” did not change the analysis in his mind.

The debate in the Second Circuit over the Dodd-Frank remedies for whistleblowers may not be over yet. Because the Second Circuit’s majority opinion conflicts with a decision by the Fifth Circuit, this issue may be taken to another level in the near future.