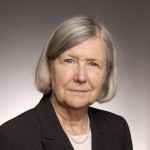 The Project, headed by Nancy Rosenbloom, provides limited-scope legal assistance advice or consultation to low-income litigants and prospective litigants who appear pro se in the Eastern District.  Magistrate Judge Bloom developed the Project model and then sought an entity that the Eastern District could partner with to provide legal assistance to pro se litigants within the courthouse. The City Bar Justice Center, which has a history dating back to the 1980s of providing justice to those who need it, agreed to hire the Project Director and provide support services.  Funding for the first year was provided by the court and a grant from the Eastern District Civil Litigation Fund.  The court also provided the space in the courthouse which has been renovated to include three offices and a space for the pro se litigants to work on papers related to their cases. The court also provided two public access PACER terminals.  In addition, the City Bar Justice Center has purchased and set up a client computer with limited-access internet capability, which provides clients with access to the court website, forms and information packets, and other legal resources.  Clients can save information and draft documents to flash drives also provided by the City Bar Justice Center.

Before becoming Project Director, Nancy Rosenbloom was a Legal Aid Attorney for 25 years working on civil rights, juvenile rights, issues relating to the homeless and general civil litigation in state and federal courts.  She has broad experience representing those who cannot afford attorneys.  Before joining the Legal Aid Society, Nancy was a law clerk for United States District Judge U. W. Clemon of the Northern District of Alabama.

In September, after the Project had been in operation for six months, I spoke with Nancy about her background, how the Project was going, and what she envisions for the future.  Nancy said that she has spent her whole career in poverty law helping those who cannot afford lawyers.  She believes that experience such as hers in legal services and federal courts combined are essential to understanding the clients. One of her goals on assuming the management of the Project is to focus on how to build a replicable model that a less experienced lawyer could run.  Anyone managing the Project would ideally have some experience in providing legal services to the poor and in employment cases, which comprise a large part of the docket.

With help from the City Bar Justice Center, Nancy has developed forms and information packets.  The hard task is presenting all this complicated information to clients clearly. The City Bar Justice Center keeps information about cases and other Project activities in a database.  Nancy also has undertaken two volunteer efforts.  The first is a pilot volunteer lawyer program using volunteer attorneys from three firms – Cleary Gottlieb, Davis Polk, and Sullivan & Cromwell – who are on site two mornings per week.  As participants in this pilot project, the volunteer attorneys are “of counsel” to the City Bar Justice Center. Nancy conducted two orientation and training sessions for the volunteers, who now assist Nancy with intake interviews, discrete drafting projects, and legal research.  Next, Nancy plans to work with the Federal Bar Council to establish a structure so that Council members may volunteer.

The six month report on the Project shows that 72 percent of the 201 clients have visited the Project offices more than once.  The types of cases cover a wide range of legal issues, including employment discrimination (29 percent) and civil rights (19 percent) cases.  Other types of cases include other employment (nine percent), state law (12 percent), foreclosure-related (six percent), federal agency suits (five percent), Social Security appeal (six percent), and consumer issues (two percent).  The majority of cases were referred by the Eastern District Clerk’s office (65 percent) and the magistrate judges (14 percent).  The Project provided assistance in the form of review of papers, research, drafting assistance, and strategy advice to 140 clients, and provided advice-only to 29.  The Project has advised and referred 32 clients to nonprofit legal service providers, the City Bar’s Legal Referral Service, and/or pro bono counsel.

In connection with client representation Nancy has used the City Bar Justice Center in two ways.  First, she has used its extensive pro bono network to place several cases for full representation. Second, she has obtained expert consultations in situations that require specialized expertise such as international trust issues and annuities.  In these two situations, the limited representation model worked well because Nancy needed an answer to a legal question but did not need a lawyer to take over full representation of the client.

For Nancy, the big benefit of the Project is the opportunity to build a new model of legal services to help a large number of people.  The Project should result in increasing access to justice for low income people.  The challenge for Nancy is that while she has spent her career litigating cases from start to finish, here she provides limited representation geared to assisting pro se litigants to prepare a complaint, answer, or motion, without providing full representation.

Most surprising to Nancy was the number of clients who are pro se defendants.  These clients are mostly involved in small business disputes.  Also, 35 percent of the clients came for help before filing.  Nancy provides assistance in solving problems outside of court or diverting matters to another court.  For those that should be in federal court, she helps to draft complaints and other documents along with providing strategic advice and counseling.

The Project is off to a strong start, thanks to Nancy’s dedication and expertise.  Pro se litigants have long looked for a place to turn for legal advice, and the project appears to be filling that need.

Editors’ Note:  The author is a member of the board of the Eastern District Civil Litigation Fund, which has provided some of the first year funding for the Project.