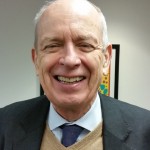 Prior to 1976, no action based on a federal question jurisdiction could be brought without satisfying the “amount in controversy” requirement (then $10,000.)  In 1970, I was a candidate for U.S. Congress in the Democratic primary in the 14th Congressional District in Brooklyn when I was interviewed by Tom Buckley, a reporter from the New York Times.  Tom informed me that my adversary, 28-year congressman John Rooney, had stated to Buckley that Rooney had had me investigated by the FBI (in my 1968 campaign against Rooney.)

At the time, the FBI’s funding was controlled by a house subcommittee chaired by Rooney.  Buckley also passed the same information along to Hofstra Professor Leon Friedman, who was an attorney for the ACLU.

Friedman approached me after I lost the 1970 primary contest; he asked if I would be willing to sue the FBI if the ACLU represented me, and I agreed.  During my action against FBI officials, Friedman secured in discovery an FBI memo.  It revealed that Rooney had telephoned the FBI in 1968 and had asked for a full field investigation of me and for it to turn over my FBI file to him.

My lawsuit eventually was dismissed in the U.S. District Court for the District of Columbia, to which it had been transferred from the Eastern District of New York, for the reason that the claim did not meet the $10,000 amount in controversy required by statute.  Thereafter, in Washington, Professor Friedman ran into a former student who was an aide to the congressman who headed the House Committee on the Courts and the Administration of Justice.  As a result of the encounter, in 1976, the subcommittee recommended and Congress passed legislation that eliminated the amount in controversy requirement for suits against the U.S. government or its agents.

On appeal in the U.S. Court of Appeals for the District of Columbia Circuit, my case against the FBI was reinstated retroactively because of the passage of the statute as amended to make it retroactive.  See Eikenberry v. Callahan, 653 F.2d 632 (D.C. Cir. 1981).

In 1980, this same subcommittee under the same chair got the requirement dropped by Congress for all federal question cases.
This past January, while working on his memoirs, Professor Friedman recalled this sequence of events and brought them to my attention.

I also learned that he had other documents that he had received in discovery from the FBI.  I had never seen them. They included some from the investigation, arrest, and sentencing to a jail term of a constable in Grenada, Mississippi.  He had slugged me when I had served him with a subpoena while I was a civil rights lawyer in 1966.

Among the documents were other “confidential” communications between the FBI and Rooney from 1958 to 1978, including information on other election opponents of Rooney who had been investigated by the FBI at his request.

My eight-year action against FBI officials became moot once Hoover and then the other two individual FBI defendants died.  In my lawsuit, the FBI officials were defended by Assistant U.S. Attorney for the Eastern District Bob Begleiter, who subsequently became a good friend and a fellow Federal Bar Council member.

An Act of Kindness